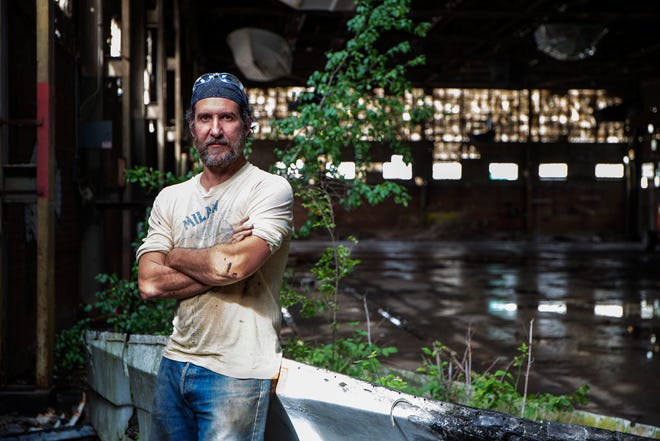 A collection of public art will fill and surround Detroit’s Michigan Central Station once its renovation is complete thanks to a collaboration involving Ford Motor Co. and Detroit artists.

In 2018, Ford bought the once-grand train depot, which was opened in 1913 and abandoned in 1988. Soon afterward, it announced plans for a $350-million renovation that would bring the site back to life as the anchor of the Corktown neighborhood. Those plans have been expanded and now call for turning the 30 acres surrounding the old train station into a “mobility innovation district” where Ford will do research involving next-generation vehicles and transportation technology. The land will also include community gathering space.

An artist’s rendering of what the grounds surrounding the Michigan Central Station might look like. Indoor and outdoor artworks are planned for the site.

Farmboy Fine Arts, an art advisory firm based in Vancouver, British Columbia, is overseeing the curation of Ford’s public art project. The company describes its mission as “designing impactful art experiences for our global clientele.” It has collaborated with, among others, Hilton Hotels & Resorts, JW Marriott and Royal Caribbean International.

“Art is one of the great connectors because it has no physical boundaries,” said Ariel Grue Lee, Farmboy’s vice president of business development. “We’ve been working to bring as many artists to the table as possible who are already doing amazing work in (Detroit) and want to create work at the station. We’ll also be doing open calls where artists can submit proposals for specific areas and opportunities, and our vision is starting to expand into even performance, projection work, all sorts of digital technology.

“There’s potential to do a lot of rotating art displays,” she said. “There could be a permanent gallery inside the train station itself, as well as work that changes regularly, or community activations, or an actual performance that happens for a period of time, even movie production. We want a diversity of mediums because there are so many diverse stories to be told.

“Some of the art that’s happening in Detroit is absolutely at a global level of skill,” she continued, “and we’re really excited to be able to shine that light. People all over the world are interested in Michigan Central, so it will really be a national and international beacon. We’re excited about how that will help to elevate some of the incredible work happening on the ground here.”

Work continues on the restoration of the Michigan Central Station, which was opened in 1913 and abandoned in 1988.

Rochelle Riley, arts and culture director for the City of Detroit, serves on the Michigan Central curatorial board and describes Ford’s art efforts as “one of the most important projects in the city.”

“We’ve had conversations about what the outcome should be, what type of relationship Ford should have with the city’s artists. … It’s all been amazing. One of the things that I have been impressed by is they’re not just reaching out to artists, but they’re talking to people who are invested in the arts, who work with and fund artists. On our board, we have Nate Wallace from the Knight Foundation. We’ve got actual artists, and they’re making sure that what they’re doing fits not only with what residents want, but where art is going in Detroit.

“We’ve been having very intuitive and unusual conversations about art,” she said. “When people walk into that space, no matter who they are or what part of the city they come from, they should have a feeling that it belongs to them.”

“This is just such a breath of fresh air – to see a great building saved after it looked like it was going to go to the wrecking ball,” says Detroit artist Scott Hocking, who has staged work in the Michigan Central Station.

Artist Scott Hocking is impressed with Ford’s effort as well. The 2011 Kresge Visual Arts Fellow has staged work in the Michigan Central Station for several years.

“It seems to me that Farmboy did really diligent research on Detroit’s art scene,” he said. “They reached out and had a Zoom meeting with around 20 Detroit-based creative people from different ages, backgrounds, mediums, and I was one of those people. That led to one-on-one meetings. Being an outside company working on a project here in Detroit, they’re taking the time to evaluate the right approach and involving artists in the entire process of renovating the train station.

“I’ve been here my whole life,” he continued, “and that train station has existed since I was a child. But when I started to pursue art myself, in the ’90s, it was abandoned and had been busted open by scrappers. There was no gate around it. The front doors had been stolen. You could drive your car right in there. A lot of old buildings had been essentially abandoned by very wealthy people who didn’t care about the history of the neighborhood, and the train station was the shining example of that. The Packard plant is another.

“That’s the kind of thing we’re used to here,” he said. “And this is just such a breath of fresh air – to see a great building saved after it looked like it was going to go to the wrecking ball.” 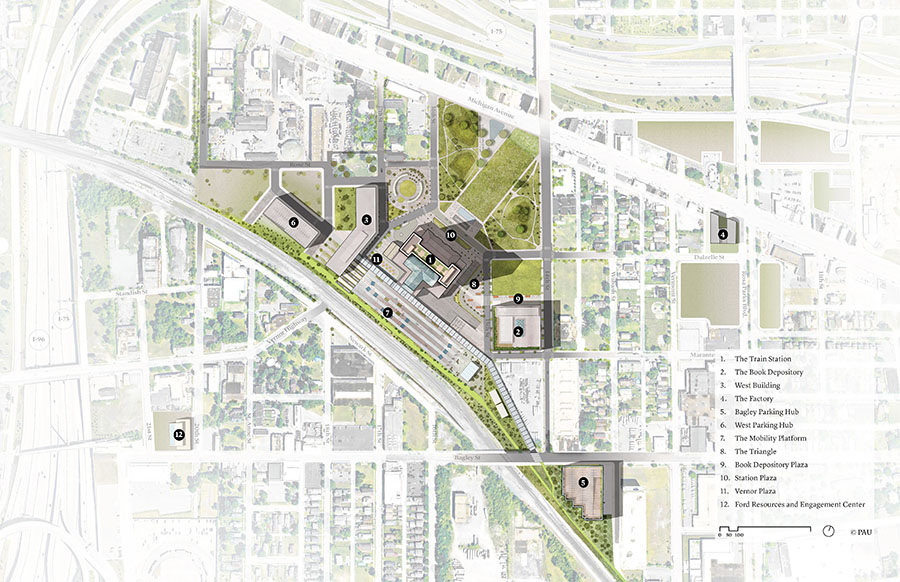 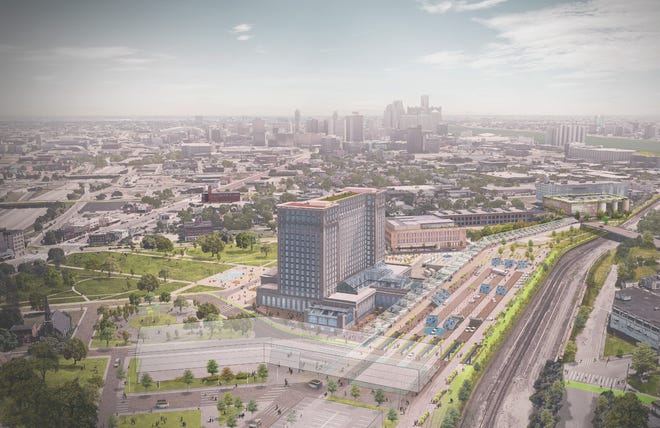 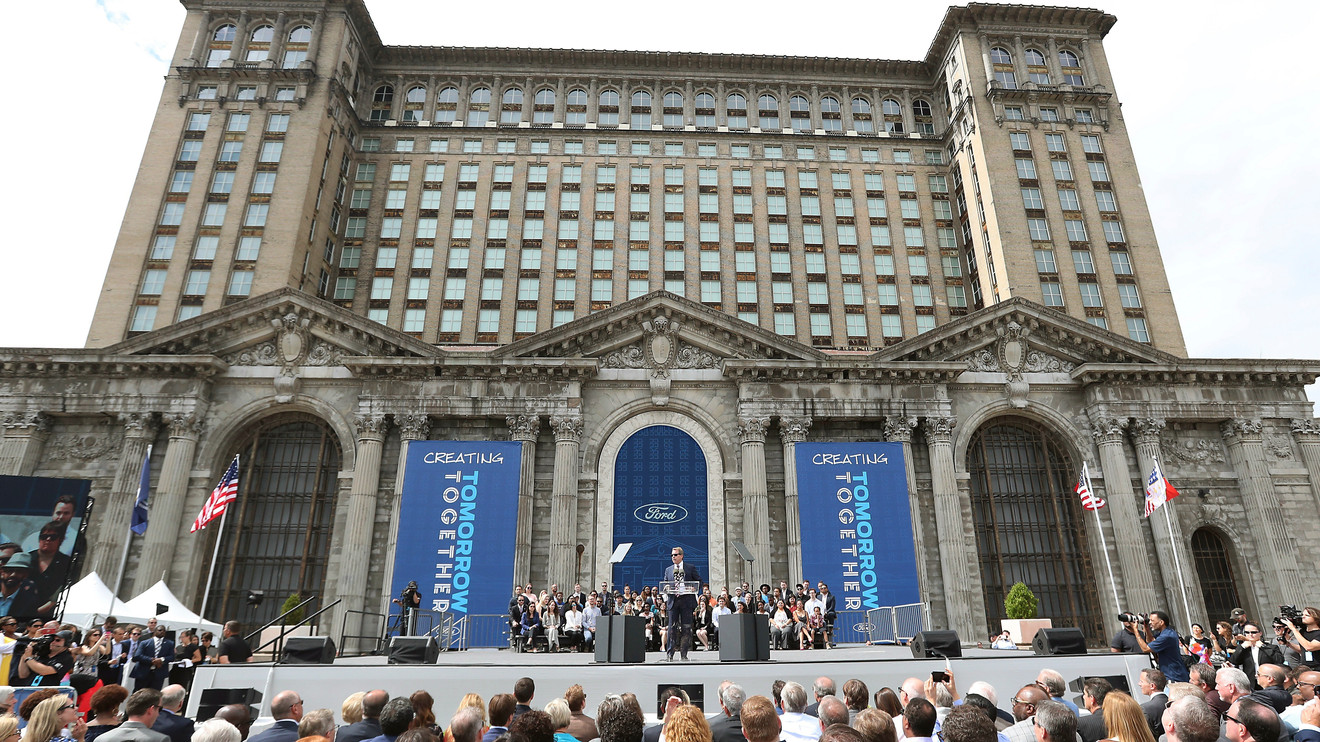