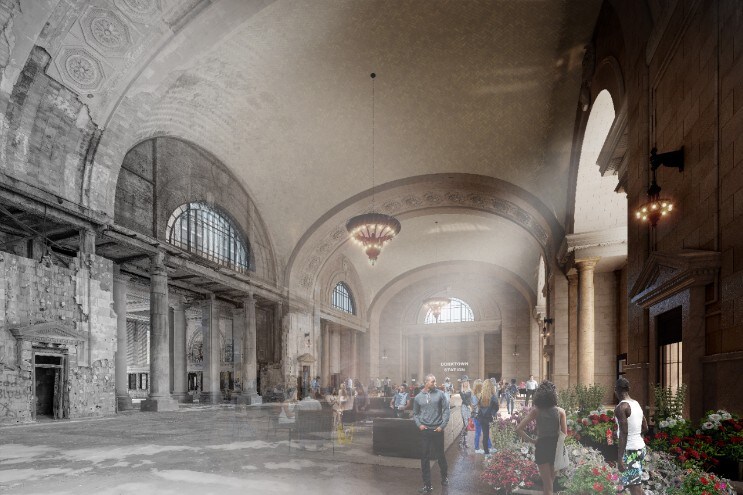 DETROIT, Nov. 8, 2018 – Ford Motor Company is advancing its Corktown campus plans with the selection of its first architectural and construction partners that will work on restoring Michigan Central Station to its original grandeur. Quinn Evans Architects will lead the design work, while Christman and Brinker are teamed up in a joint venture to serve as construction manager for the Corktown transformation project. Construction will get underway before the end of this year, contingent on receiving all necessary government approvals. It is expected to be complete in 2022.

Ford announced it had purchased the iconic train station building in June and plans to transform it into the centerpiece of a new 1.2 million-square-foot campus in Corktown, including several surrounding properties. The campus will be an innovation hub where Ford and its partners can work to define the future of transportation, including building autonomous and electric vehicles, and designing mobility services and solutions for urban environments.

Detroit-based Quinn Evans Architects is one of the nation’s leading architectural practices specializing in historic preservation. The firm has worked on numerous landmark preservation projects, including the Michigan State Capitol, the Lincoln Memorial, the National Academy of Sciences on the National Mall and Baltimore’s Penn Station.

Corktown Transformation Joint Venture, a Detroit-based certified minority enterprise, is made up of Christman and Brinker. The two companies have worked together for more than 30 years on multiple high-profile projects including the campus expansion of Little Caesars World Headquarters, Wayne State University Mike Ilitch School of Business, multiple Detroit Public Schools, and Blue Cross Blue Shield of Michigan BLUEnite headquarters.

“Quinn Evans Architects and Christman Brinker have a strong track record of working together on restoring historic buildings, so we felt they were the right partners to help us begin this transformation project,” said Todd Brooks, program manager at Ford Land, the company’s real estate arm overseeing Ford’s Corktown campus. “They share Ford’s passion for redeveloping Detroit’s landmark train station, ensuring the local community benefits from our presence and building the future of the transportation industry right here in Detroit.”

“Michigan Central Station serves as a symbol of Detroit’s resilience,” said Richard B. Hess, a principal with Quinn Evans Architects. “With Ford’s commitment to a city of tomorrow, long-term sustainability and interconnected mobility, revitalization of the train station will go beyond preservation treatments to explore how the future of mobility can have a positive impact on the way people live and work in historic buildings while preserving the cultural heritage of existing neighborhoods. Our goal is to embrace both Detroit’s past and Detroit’s future. When completed, Michigan Central Station will once again serve as a symbol of Detroit’s ingenuity, innovation and civic pride.”

“Our team’s historic preservation expertise from successfully planning and implementing construction on more than 100 National Register and National Landmark projects will ensure that Ford’s investment in restoring the iconic Michigan Central Station will result in one of Detroit’s most recognized buildings seeing a second century of service,” said Ronald D. Staley, FAPT (Fellow, Association for Preservation Technology), Christman Brinker executive director of historic preservation. “Preserving the existing eight acres of masonry and replicating more than two acres of decorative plaster will be an exciting challenge for the project team.”

Ford and its partners are committed to hiring as many local residents as possible during the construction process. In addition, in its effort to address a shortage of skilled trade workers in the City, Ford has committed $5 million for workforce training, education and development.

Michigan Central Station has been a source of civic pride in Detroit for more than a century. When the 18-story station opened in 1913, it was the fourth tallest building in the city and the tallest train station in the world, once accommodating as many as 200 trains a day. The 600,000-square-foot space served as the city’s passenger rail station until 1988, when the last train departed and Amtrak shuttered the building. It has been vacant the last 30 years.

About Christman Brinker
The Christman Company (christmanco.com), a Detroit-Based business who has an office in the Christman-built Fisher Building, was founded in 1894, and has been building in Detroit for 100 years. Christman is listed at #102 on the Engineering News-Record ENR 400 list of top contractors nationally, at #6 on the 2018 Crain’s Detroit Business list of largest contractors, and at #7 on the 2018 Crain’s Detroit Business “Fast 50” list of fastest-growing businesses in Detroit. Christman has completed work on 35 National Historic Landmarks and 77 National Register of Historic Places Properties, and successfully completed historic tax credit projects totaling more than $380 million. L.S. Brinker Company (brinkergroup.com), a certified Detroit Headquartered Business and certified Minority Business Enterprise, was founded in 1993 and specializes in providing construction and management related services. Projects together have included the Little Caesars World Headquarters Campus Expansion, Wayne State University Mike Ilitch School of Business, multiple Detroit Public Schools, Blue Cross Blue Shield of Michigan BLUnite, and the Detroit Cornice and Slate building renovation. Christman Brinker JV is also nationally certified by the Michigan Minority Supplier Development Council. 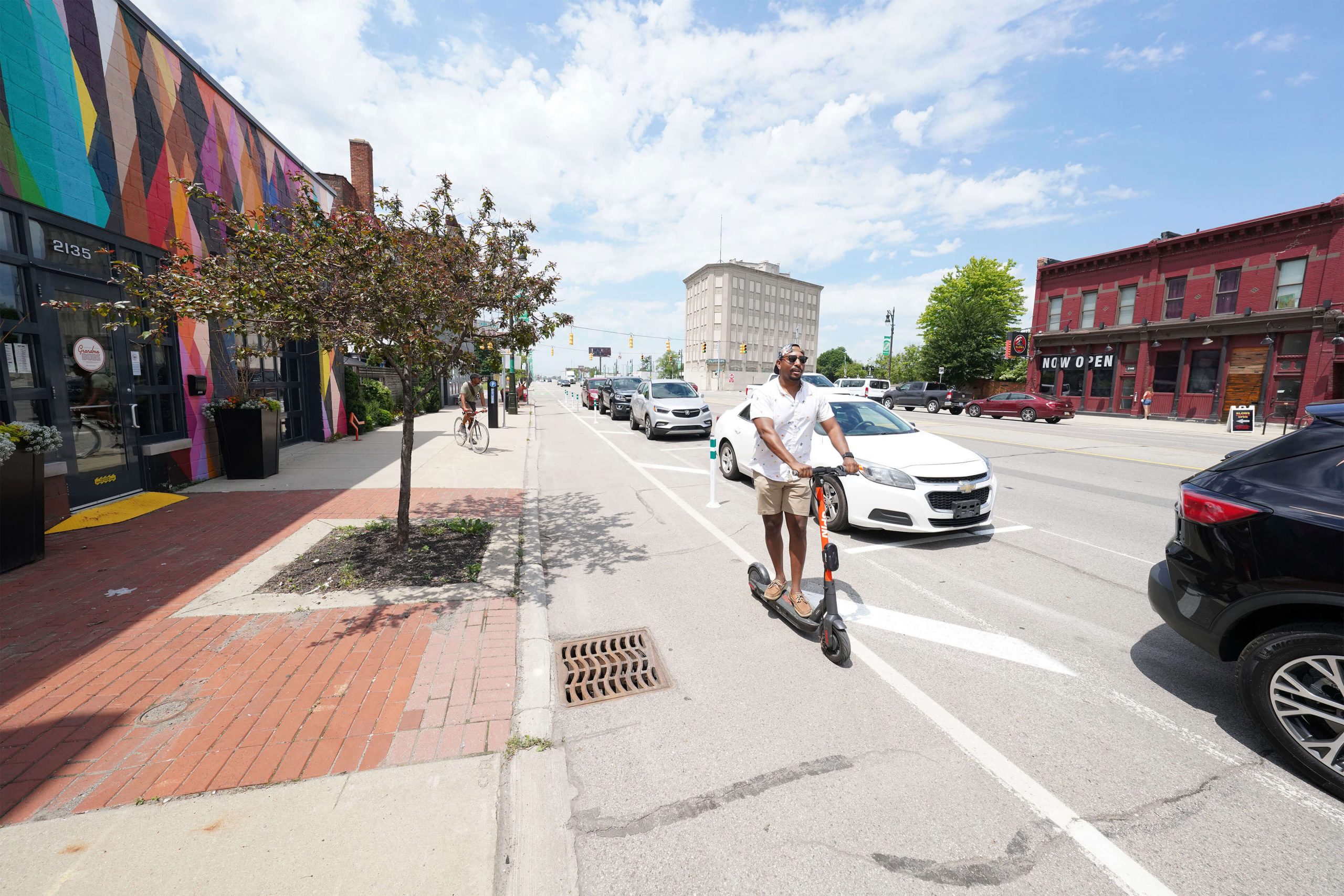 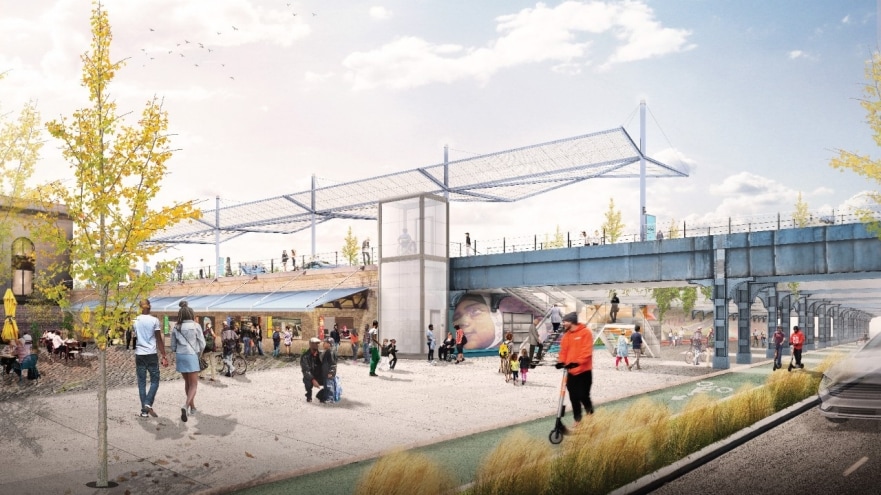