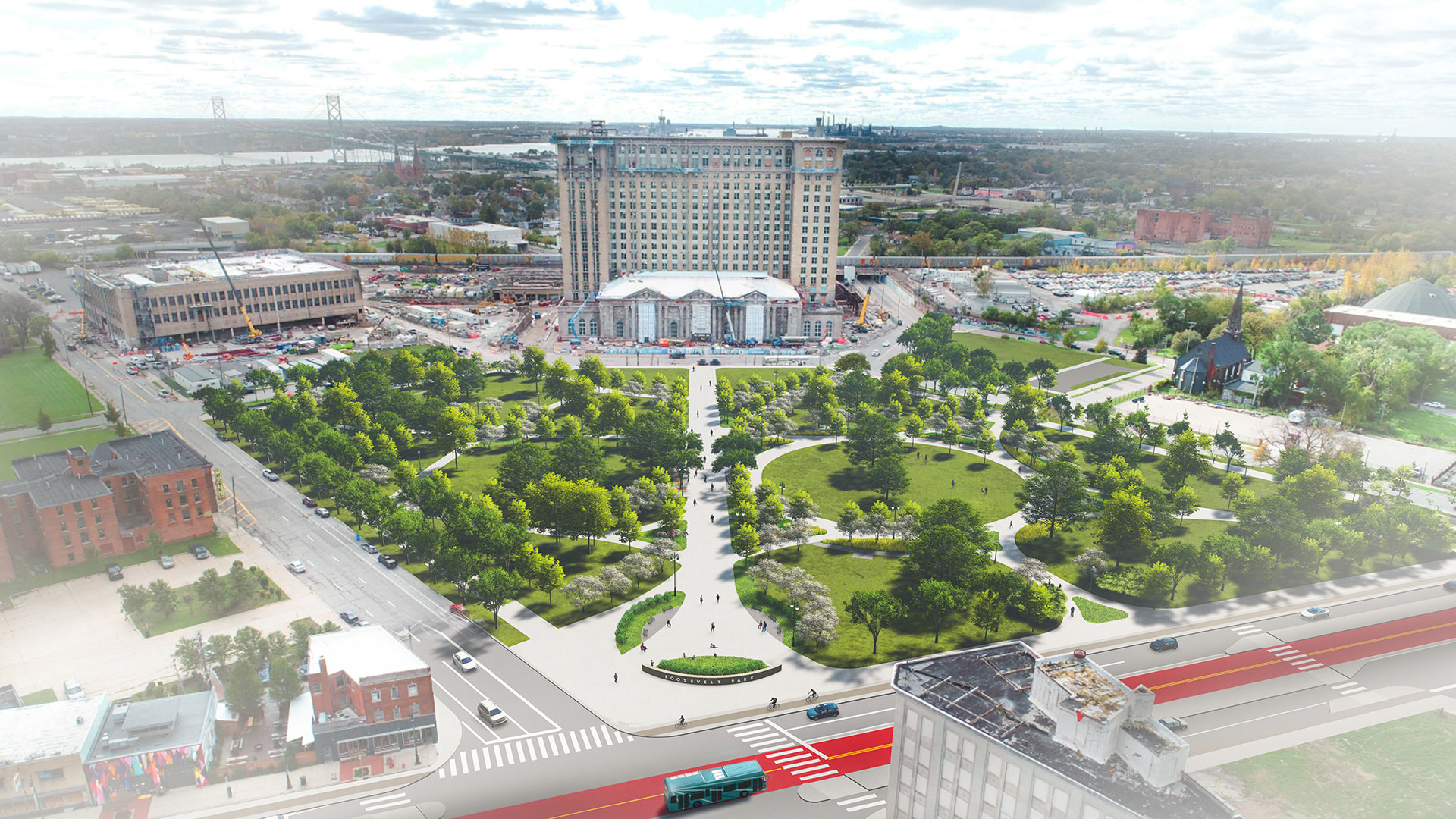 Today, the City of Detroit broke ground on a $6 million transformation of Roosevelt Park in front of the Michigan Central Station (The Station) including removal of the existing roadway that split the park in half for years. Joining Mayor Mike Duggan and other city officials were dozens of community members, business owners and also Joshua Sirefman, CEO of Michigan Central, a 30-acre walkable community anchored by The Station in development by Michigan Central Innovation District LLC, a wholly owned subsidiary of Ford Motor Company.

When completed in Spring 2023, the currently 9.5-acre park will grow to 13 acres after the road removal and reconfiguration. It also will include a promenade connecting Michigan Avenue to The Station, a new pedestrian gateway entrance at Michigan Avenue, key neighborhood entryways and walkways, plaza spaces, event lawns, benches and tables for seating and landscaping. The newly unified park will serve as an amenity, not only for southwest Detroit residents, but also for the workers who will be employed at Michigan Central.

The park improvements are funded through $5M in American Rescue Plan Act dollars and $1M from the general fund. As part of the reunification of the park, West Vernor, which currently bisects the park, will be re-routed to trace the western edge of Roosevelt Park (currently 16th Street) to continue as a primary connector to the thriving Mexicantown business district. While there may be some traffic restrictions during the 9-month construction period, nearby businesses will remain open.

“One of the biggest things driving our city’s revitalization is what we’ve done to create more and better parks and green space in our neighborhoods,” said Mayor Duggan. “In this area of Southwest Detroit alone, we just broke ground on the Southwest Greenway portion of the Joe Louis Greenway and the incredible Ralph C. Wilson Centennial Park along the west Riverfront. This transformation of Roosevelt Park will be a major benefit to residents in this area.”

Community engagement began in summer 2021, with an official kickoff community festival event held in August. The City also hosted community engagement meetings in November 2021 and January 2022 and met with key community groups throughout the planning and design process. Results from the Greater Corktown Framework Plan, initiated in 2019 recommended a single unified park space.

“Whenever we do project like this, we always hold extensive community meetings to get feedback from residents, since this will be their neighborhood park,” said Brad Dick, Group Executive, Services & Infrastructure. “Roosevelt Park is in a great location but has been under-utilized. Thanks to the input and ideas we received from residents and other stakeholders, we’re able to create something truly special that everyone can enjoy.”

Michigan Central also is working to improve and strengthen connections among the neighborhoods, and attract workers and visitors to Detroit with their rehabilitation of The Station and development of the surrounding areas, including supporting the City in their efforts of the Roosevelt Park rehab – all to make sure the district, which sits behind the park, is a beacon of development and opportunity, and importantly, a point of pride for all Detroiters.

“Roosevelt Park and Michigan Central Station have long been partners in civic grandeur and will be once again with this investment”, said Joshua Sirefman, Michigan Central CEO. “Together, they root us in both the rich heritage and bright future of the surrounding neighborhoods and all of Detroit. The restored Roosevelt Park, with its beautiful boulevard in the middle, and the grand public space in the Station will create a seamless blend of respite and connection.” 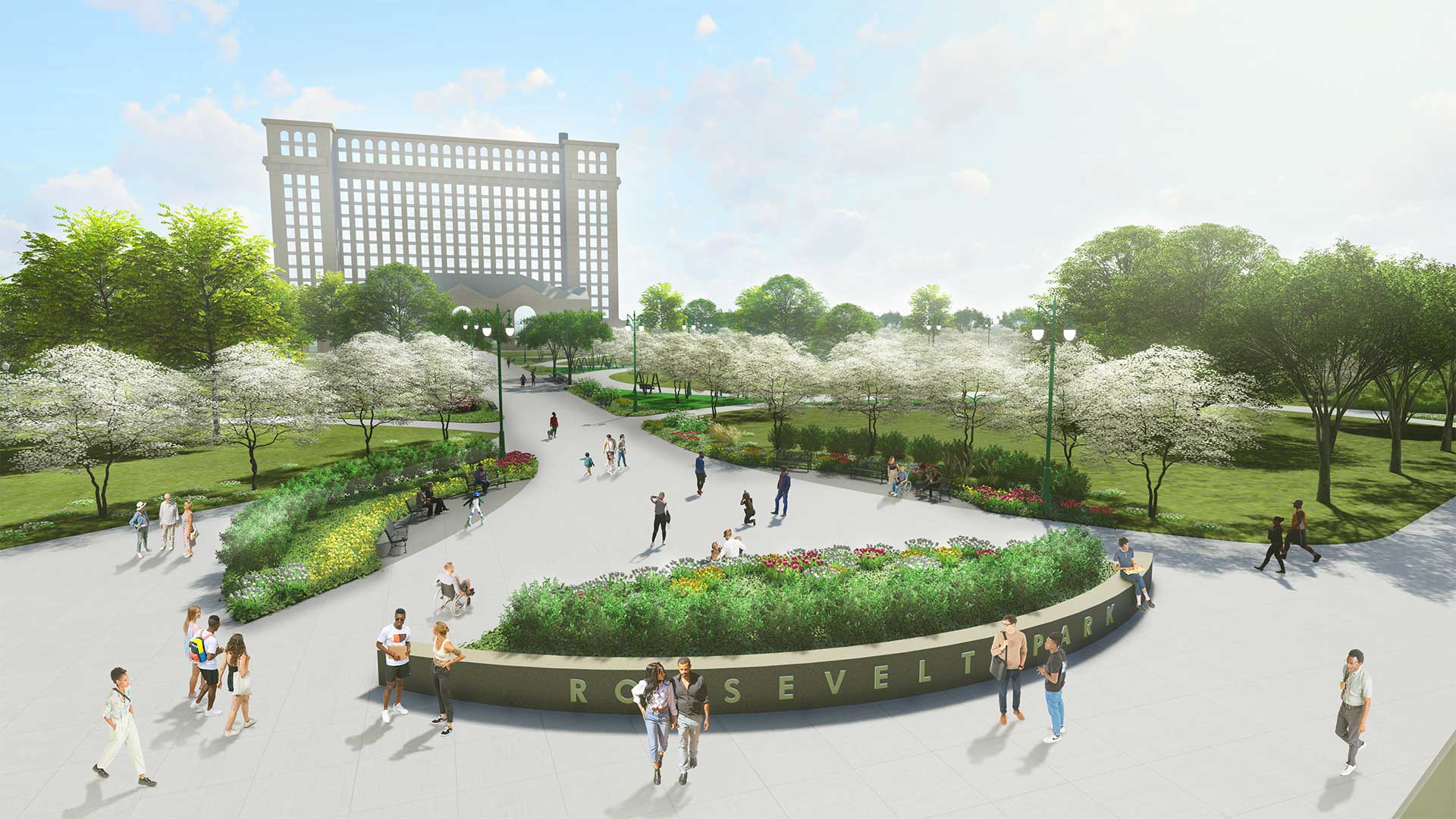 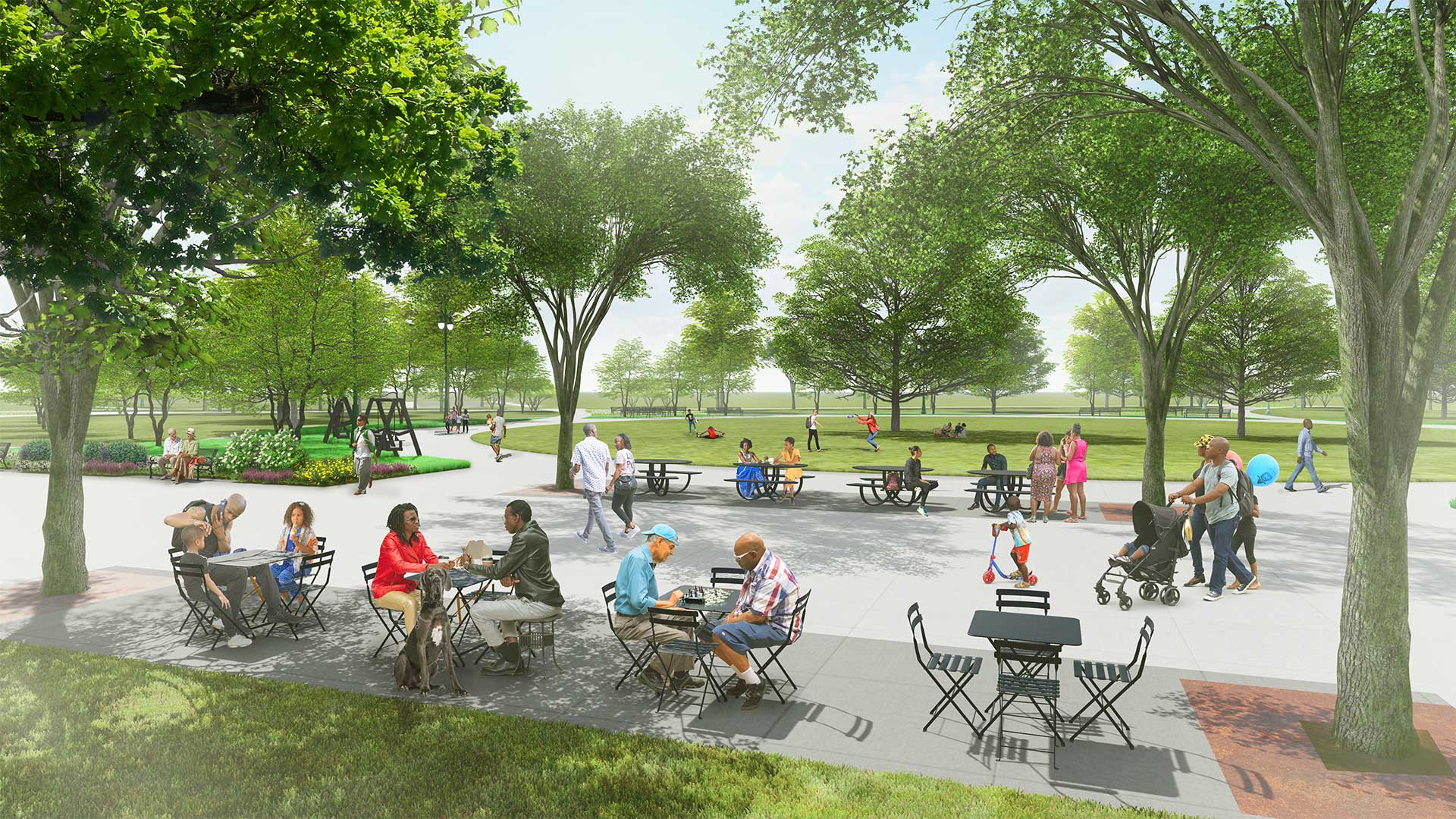 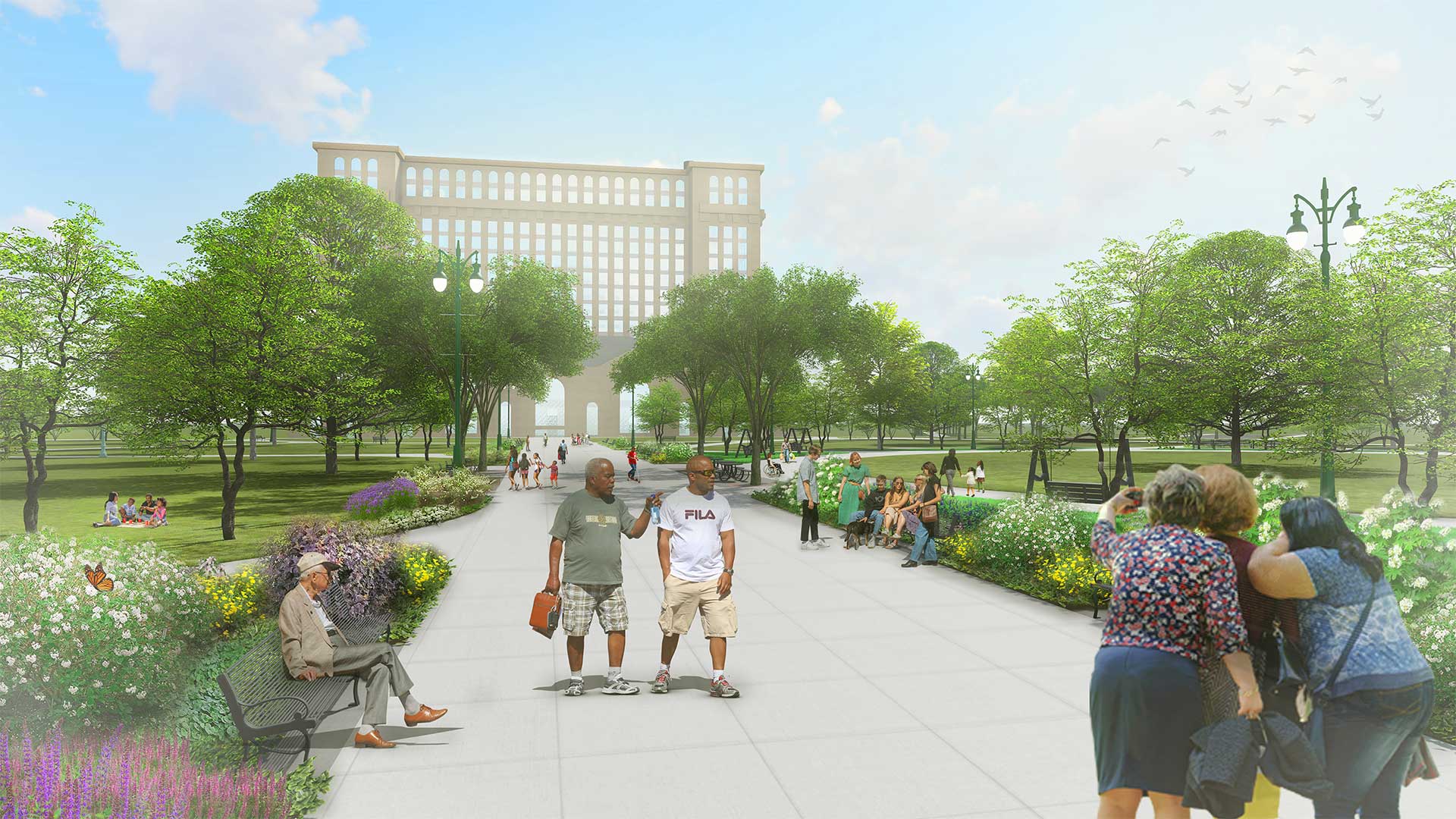 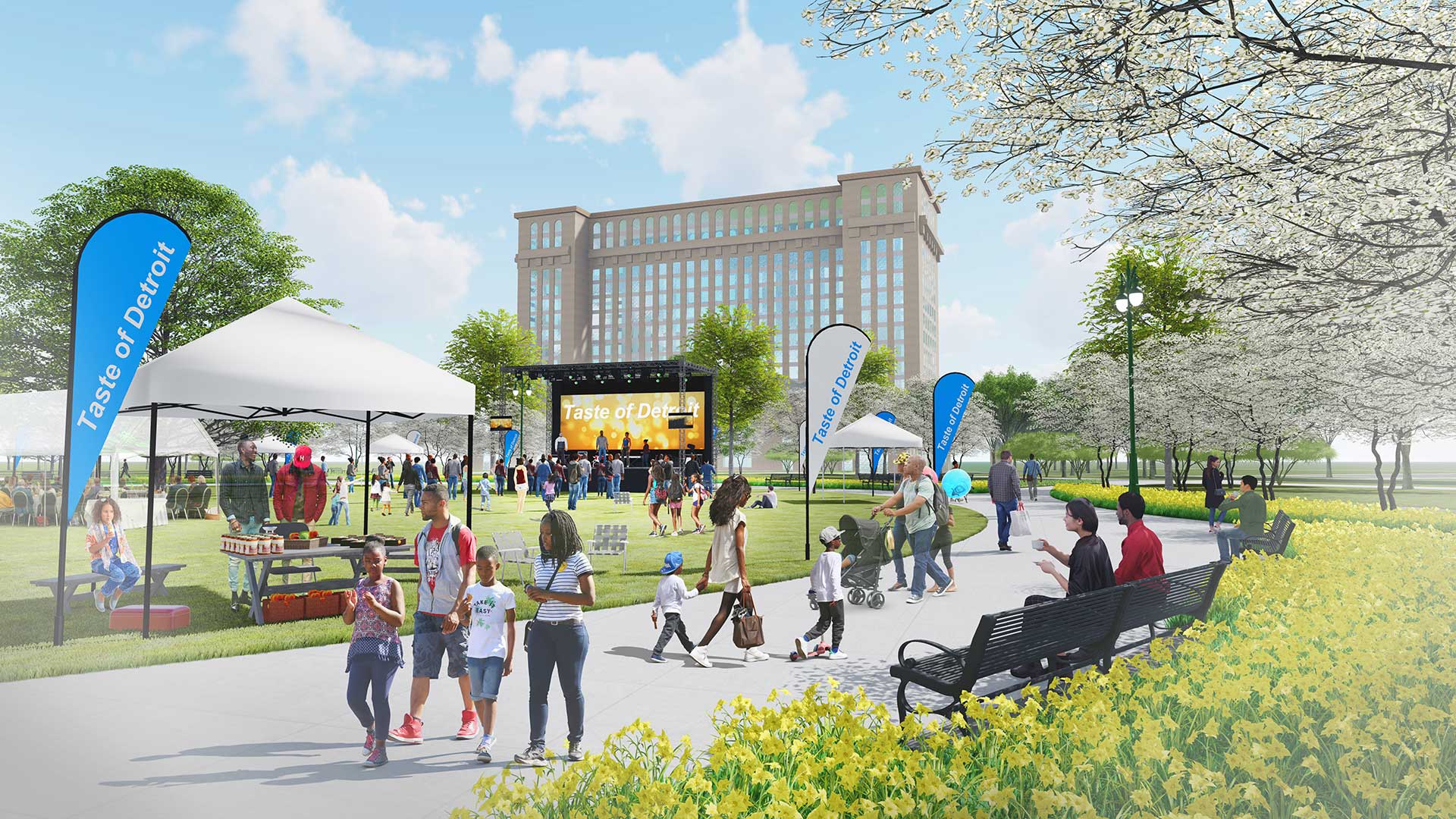 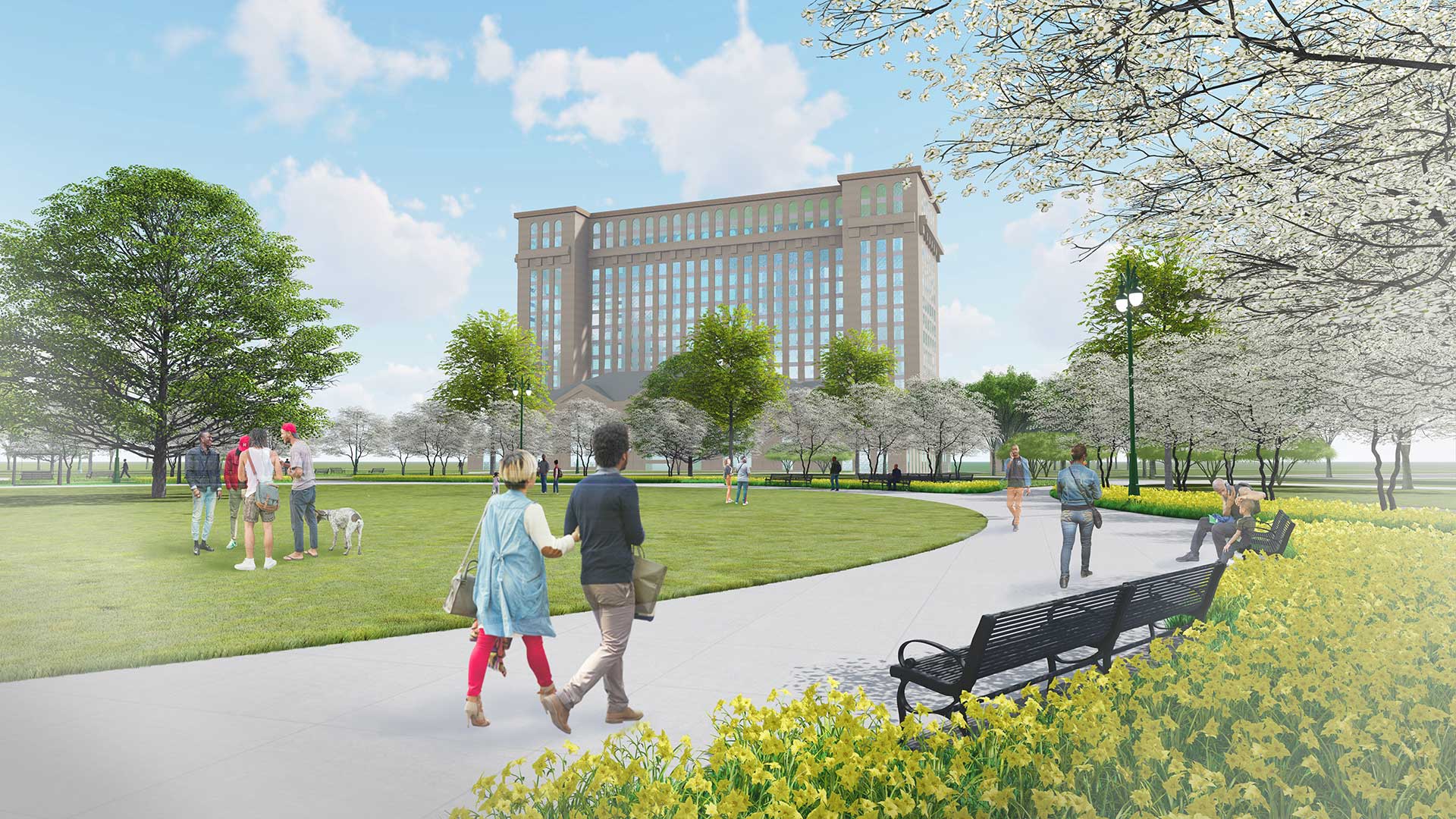 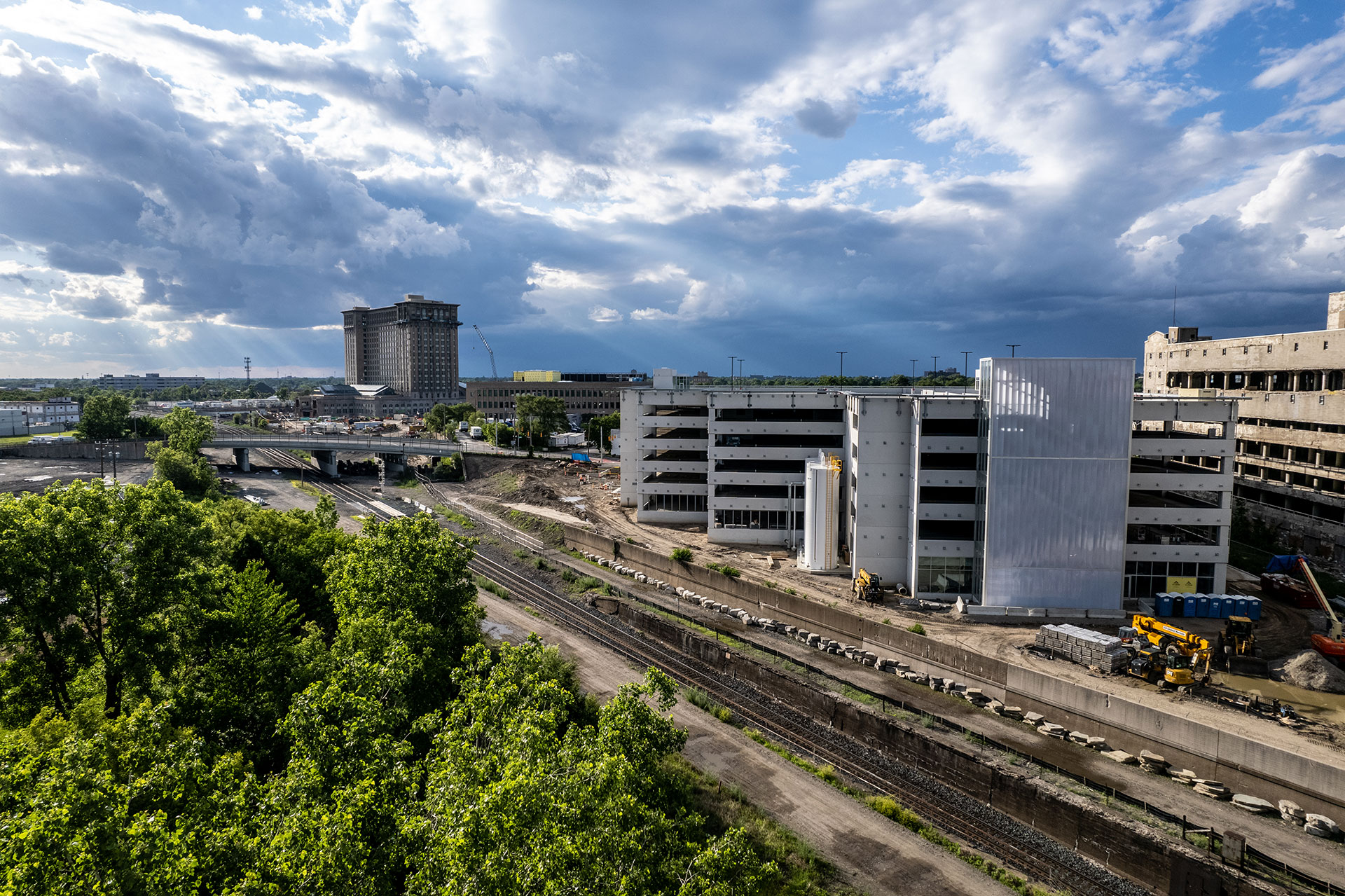 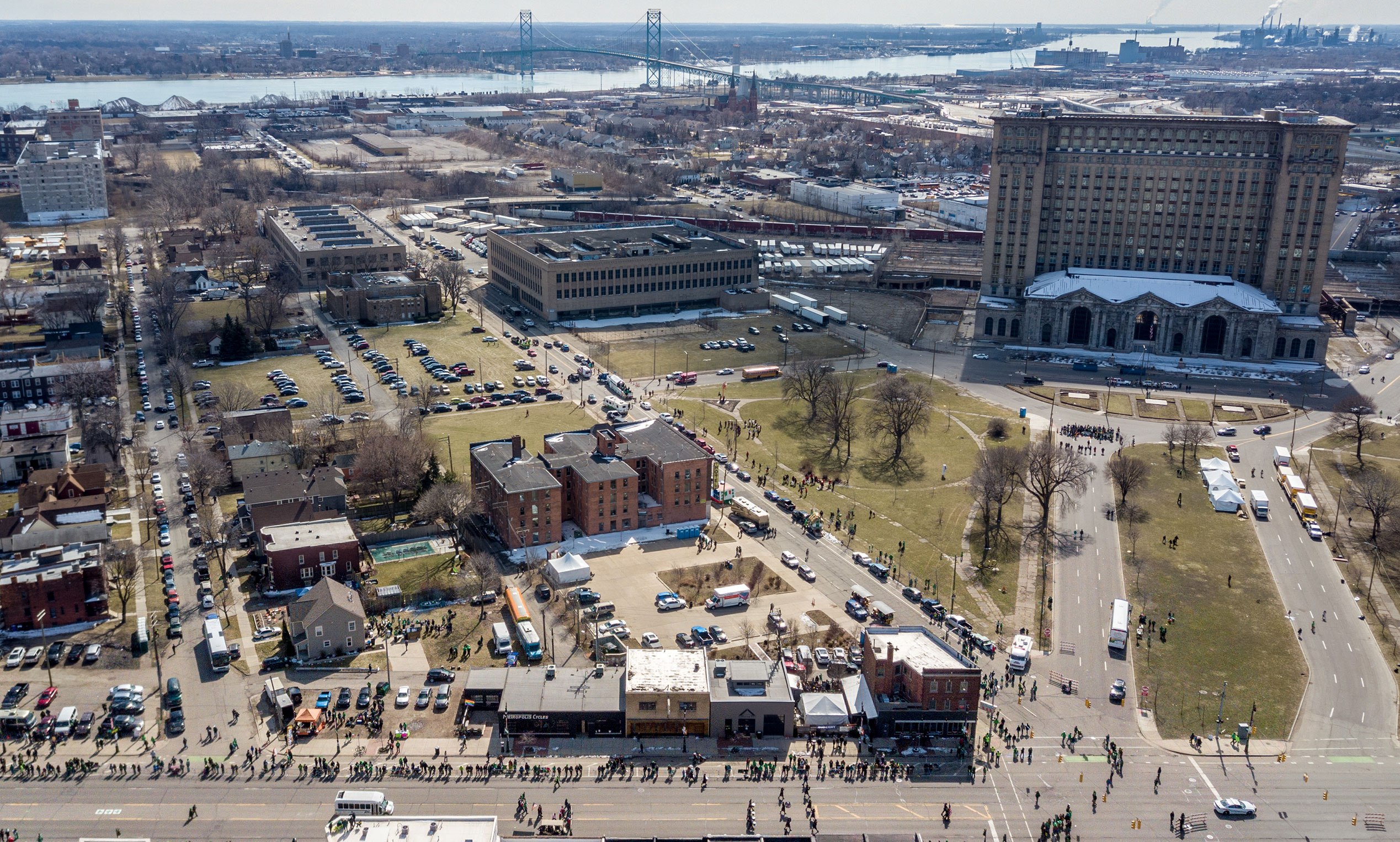 As many as 25 local businesses will be selected for the Advancing Community Businesses program, which kicks off this month in a partnership with the Build Institute and Prosperous Detroit 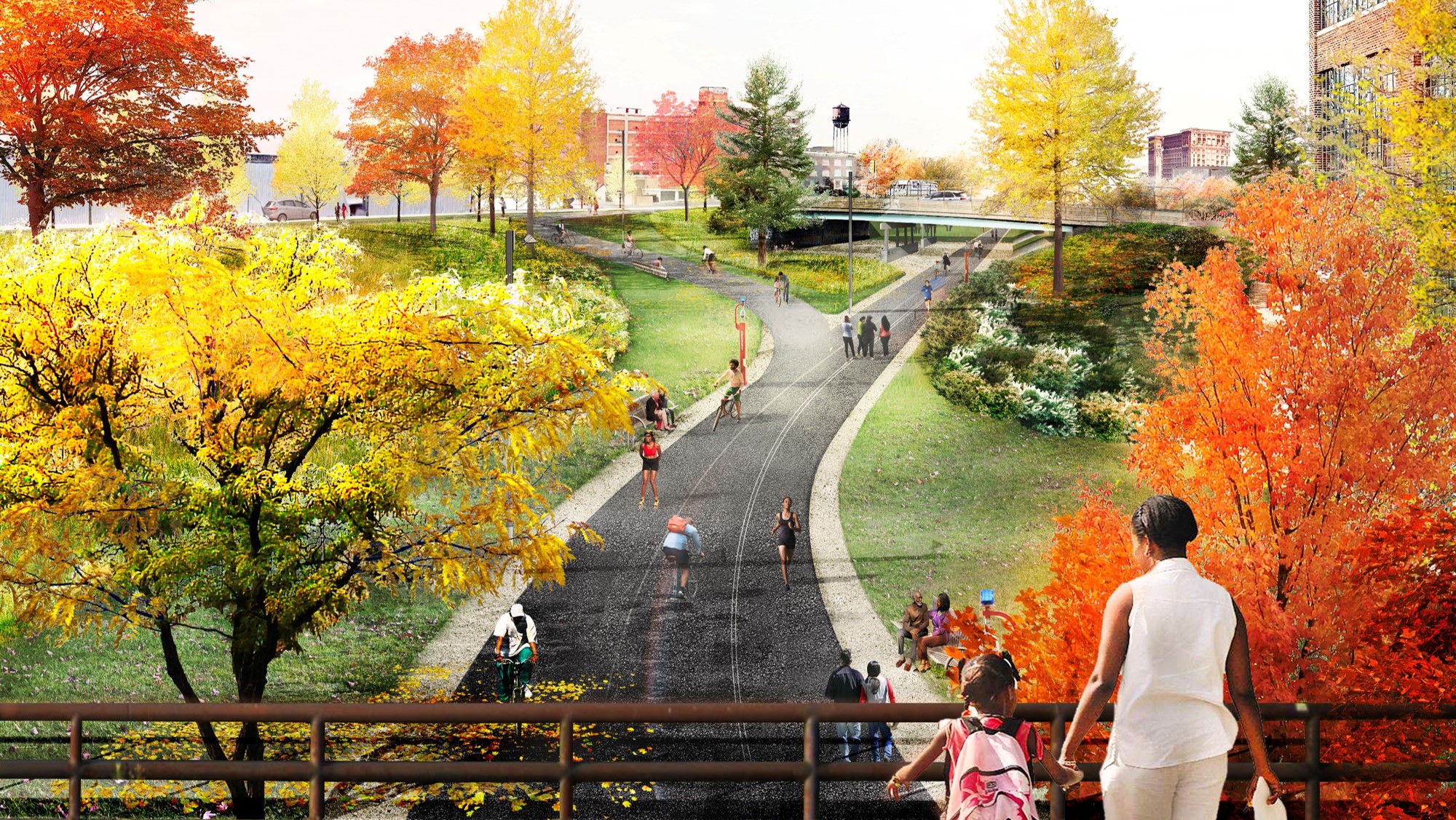 Southwest Greenway is being designed as a beautiful public space connecting the Detroit Riverfront and future Ralph C. Wilson, Jr. Centennial Park with Michigan Central and neighborhoods throughout Southwest Detroit, Mexicantown and Corktown.